Home > Claiming > What Happens When an Insurance Claim is Rejected?

What Happens When an Insurance Claim is Rejected? 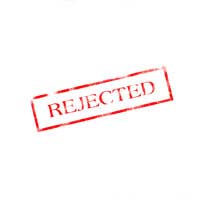 Whenever you take out an insurance policy, you agree to the terms and conditions set out within the insurer’s key features document and policy schedule. Different types of insurance policy will have different conditions that they expect the policyholder to be able to meet.

Any insurance policy is essentially a contract. It is an agreement based on the notion of ‘utmost good faith’. How does this work in practice? Before agreeing to the terms of the insurance policy, the customer has a duty to disclose whatever information the insurance company bases its policy – and also of course the cost of the policy – on when it is issued.

If the insurance company believes that the policyholder has failed to disclose information that could affect the claim, or would have affected the cost of the insurance, they will usually try to reject the claim.

Take car insurance as an example. Susan’s car was stolen in 2006, and she reported the theft first to the police and then to her insurance company. However, during the course of the insurance company following up on the claim, they discovered that Susan had four convictions for speeding stretching back over five years. Susan claimed that she had made an oversight in not including the speeding tickets on her application. The insurance company rejected her claim because the policy application form had specifically asked for details of previous convictions.

The speeding fines had nothing to do with Susan’s claim, but because the insurer was able to make the case that she had not acted in utmost good faith, Susan ended up having to pay for a replacement vehicle out of her own pocket. It was a very costly oversight on her part.

However, non-disclosure is used to reject claims where the claimant is believed to have gained a direct financial gain by not mentioning something that would have either made their premiums cheaper, or could potentially lead to a larger insurance payout. Because of this distinction, non-disclosure is most usually used within health and protection insurance disputes.

For example, there has been increasing concern about the number of critical illness insurance claims that have been rejected by insurers who have used non-disclosure as a reason not to honour the claim. It is believed that two out of every ten critical illness claims are rejected because the policyholder failed to mention something on their application form.

The Financial Ombudsman Service (the group you should complain to if any insurance claim has been rejected), has argued that the application forms these insurers expect their customers to complete are unnecessarily lengthy and have been designed to be confusing to complete accurately. Furthermore, it is often difficult for policyholders to record every single ailment and medical condition that they have experienced in the past five years. It’s no surprise that so many people get caught out by failing to meet the insurance company’s exacting standards of disclosure.

'Lack of Due Care'

A large number of people who have tried to claim on insurance for a mobile phone have had their claim for a replacement rejected by this clause. Although mobile phone insurance is supposed to pay out if a phone is lost or stolen, insurance policies expect customers to take ‘due care’ with their phone. If the phone was left in a pocket, or left in a car, or in an unattended building, you may not be covered. Also, if you fail to claim within 48 hours (perhaps because you are still hopeful that a lost phone will be handed in), the insurer can reject your claim for being too slow to inform them.

When it comes to making an insurance claim, it helps to take the most cynical view. Always work on the assumption that you will have to prove your claim beyond any shadow of a doubt. If you make no progress with the insurer, contact the Financial Ombudsman Service, which will be happy to look at your claim from an independent perspective.

Payment Protection on Loans: the Get-Out Clauses You Might Encounter

Had An Accident? Beware the Lure of Claim-Making

Could you be in Line for a PPI Payout?
Share Your Story, Join the Discussion or Seek Advice..
I have been having problem with getting cover for my contents since I was burglarized and insurance company voided my insurance. They said that I was not covered properly and they would have refused the cover if I originally stated the amount of cover I needed for my contents.This was from Sheilas' Wheel under their eSure Insurance. Obviously Ombudsmen Service Agree with them and rejected my appeal. Now I am having problem for last three years because 1. I made a claim 2. I was denied and my insurance was cancelled. Does anyone know how to get out of this situation as I do like to have my contents covered and I was paying Insurance for last 13 years and made only that claim because of the burglary. There was no intention of any fraud, we took a loss of about 8000 and then suffer this through Insurance company. My question is was my insurance cancelled or voided and is there a difference between cancellation and Voided?What can I do to rectify this situation. Will I have case against Insurance Company? Should I be saying that I made a claim? Nothing was paid and they voided my insurance so was this a claim? For a person who is not trained in insurance tricks, this is all so confusing to me. Any help or suggestion would be appreciated. Thanks
wmalik30 - 4-Feb-13 @ 5:14 AM
Title:
(never shown)
Firstname:
(never shown)
Surname:
(never shown)
Email:
(never shown)
Nickname:
(shown)
Comment:
Validate: